Polkadot blockchain recognized more than 500 contributions a day in September 2022. Based on data from programming repository GitHub, Polkadot’s development activity has exceeded that of Near, Ethereum, Solana and Avalanche.

Development activity on Polkadot skyrockets leaving Bitcoin and altcoins behind

Polkadot has witnessed a peak in its development activity, leaving cryptocurrencies like Bitcoin and altcoins behind. Ethereum’s competitor recognized more than 500 contributions in a day throughout the month of September. This is a record-setting all-time high for the multichain protocol.

Polkadot’s cross-consensus interoperability standard XCM noted a record 26,258 messages were exchanged between parachains. A total of 14,930 contributions from developers were recorded on Polkadot’s Github in August 2022.

Developers revealed that 66 blockchains live in the Polkadot ecosystem and parachain startup network Kusama. Parachains are individual layer-1 blockchains that run in parallel on Polkadot and they were first tested on the Kusama network. There are upwards of 135 messaging channels and together the two treasuries have cumulatively paid out 9.6 million DOT and 346,700 KSM to fund spending proposals in the ecosystem.

Outside of Ethereum, Polkadot is the project with the highest developers in its ecosystem. DOT blockchain has 3x more weekly commits, (addition or improvements to the existing code), than the next largest ecosystem.

Analysts are bearish on Polkadot

CryptoGodJohn, a crypto analyst and trader shared his long term plan with his 415,700 followers. John argues that as long as the Polkadot price is in a downtrend, the asset could decline below $4.30.

John expects Polkadot price to decline to $4, and recommends accumulating in this zone to sell above $50 in the long-term. 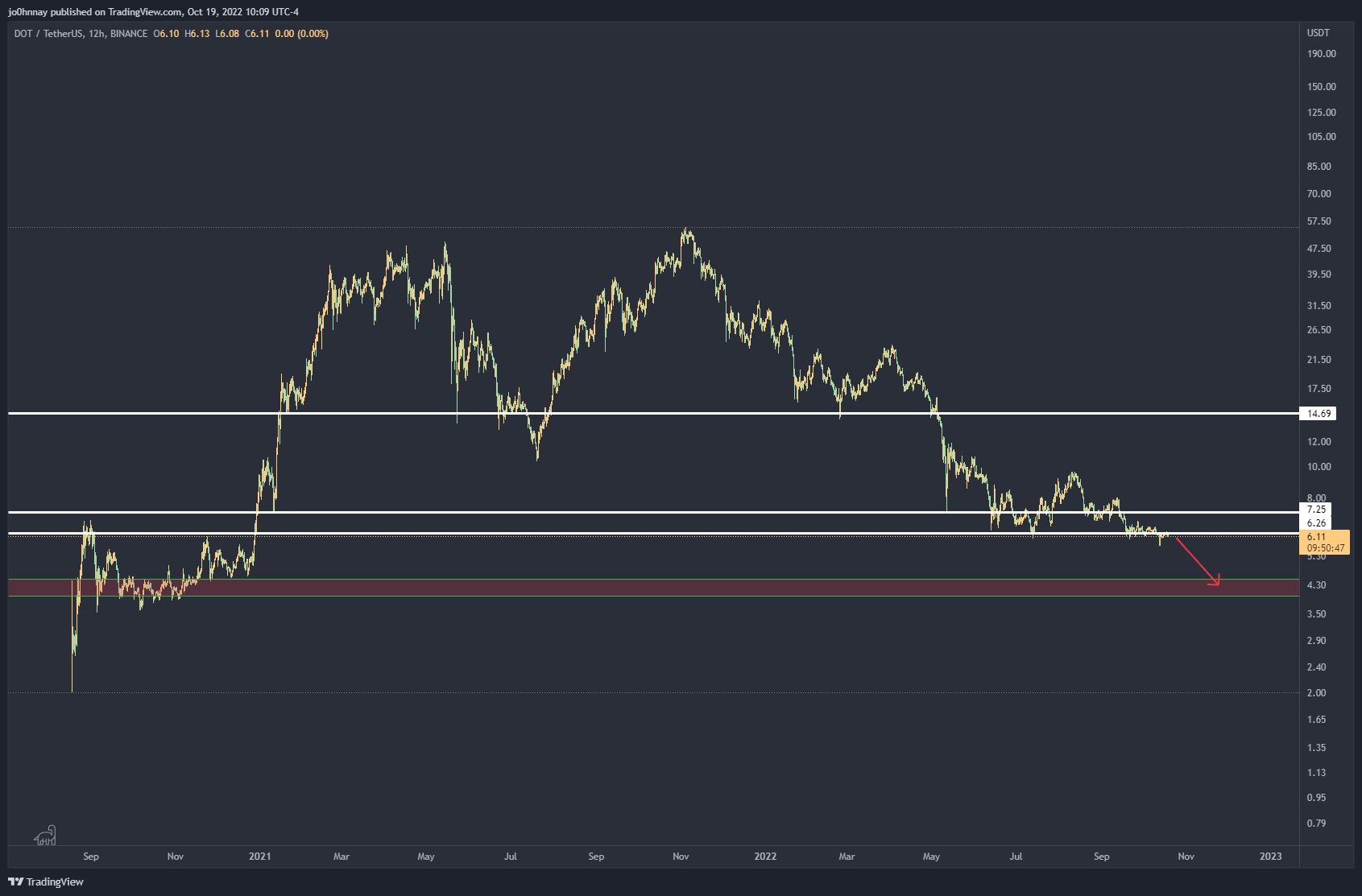