Cosmos Daily, a cryptocurrency analytics data provider, has shared an update about the performance of the decentralized finance (DeFi) ecosystem of the Terra Classic network.

Despite the collapse of the Terra project in May 2022, the Terra Classic network is still seen as a hub of decentralized finance activities in recent times. 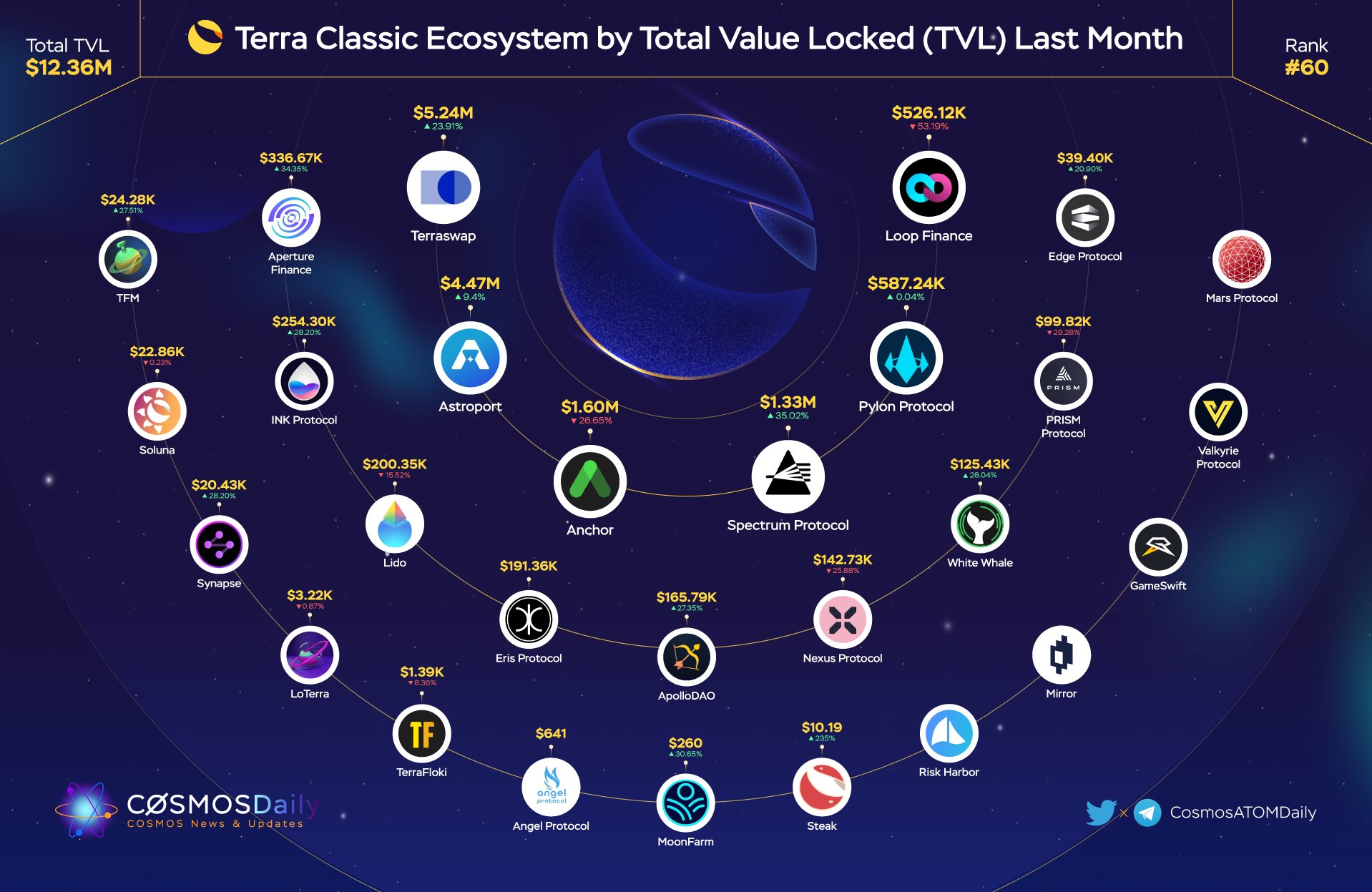 Although the volume is nothing compared to Terra’s TVL before the collapse, the development suggests that the community is gradually reinstating their trust in the network.

The Terra community has been making significant efforts toward reviving Terra classic tokens, especially Luna Classic (LUNC). A 1.2% tax burn has already been implemented to reduce the token’s total supply.

However, Terra Rebels, a decentralized organization focused on revitalizing the Terra Classic ecosystem, is not prepared to rely only on the 1.2% tax burn. The team proposed an “effective way” it plans to adopt to accelerate LUNC burns.