Chainlink’s network continues to enjoy robust user growth thanks to its strategic position as a Web3 oracle services provider. However, the aforementioned growth has so far failed to reflect on LINK’s performance.

LINK’s price action has been heavily bearish since Q4 2021, but its bearish momentum has fallen significantly since May. In fact, the bulls have been shy about taking over, judging by the limited upside.

LINK managed to push out of its wedge pattern during the first week of July. Even so, at press time, its price continued to deliver a lot of sideways action on the charts.

LINK was trading at $6.34, at press time, following a 2.11% drop over the last 24 hours. Its RSI has been hovering within the 50% range since 8 June. Furthermore, its MFI indicated a lack of directional momentum over the last 48 hours.

LINK investors are currently going through a phase of uncertainty given dwindling activity. This, despite the lack of more downward pressure at its press time support level.

On-chain metrics revealed that active addresses have fallen significantly since the start of July. Active addresses dropped from 6,490 on 30 June to 1,971 by 9 July. 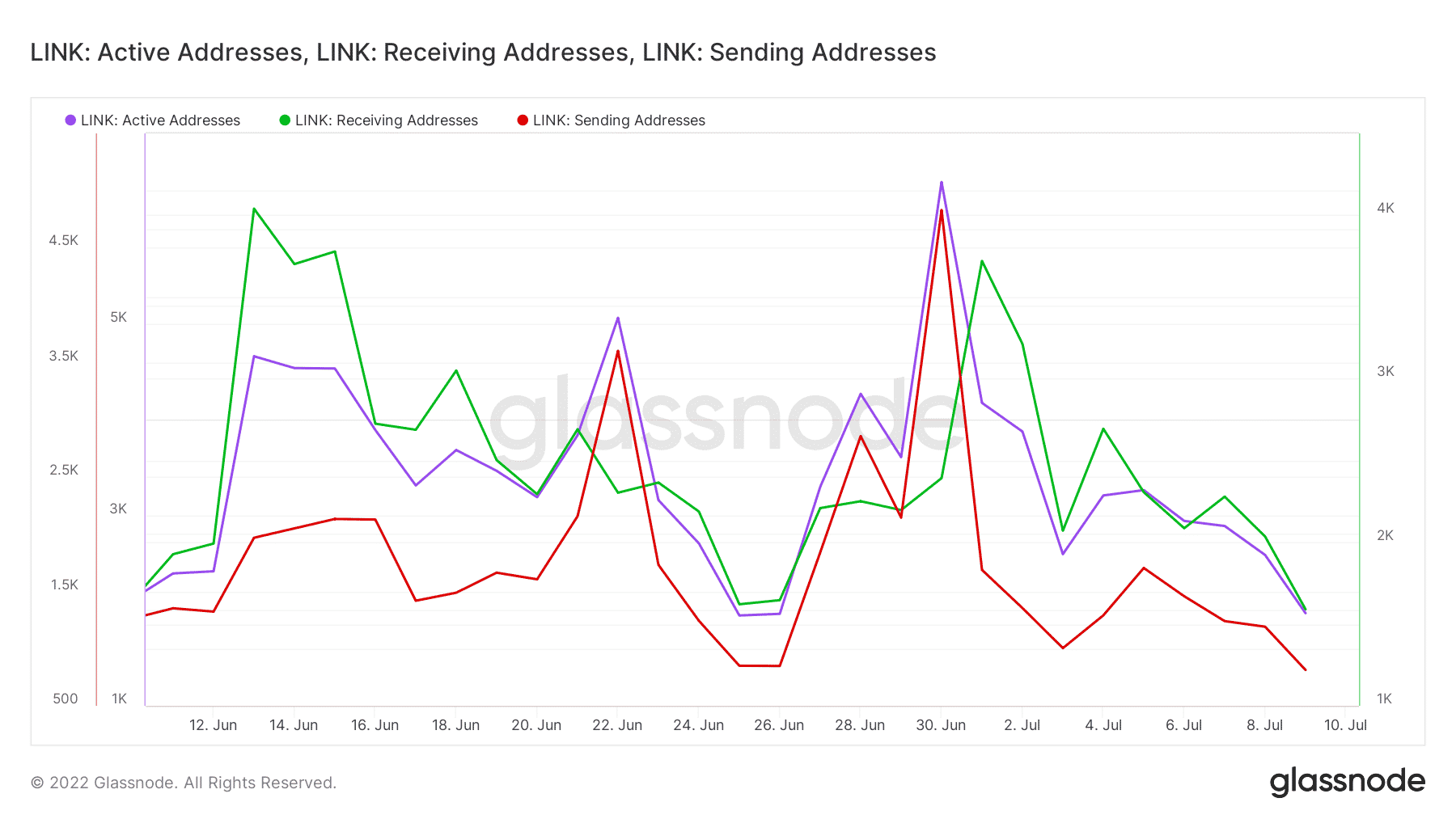 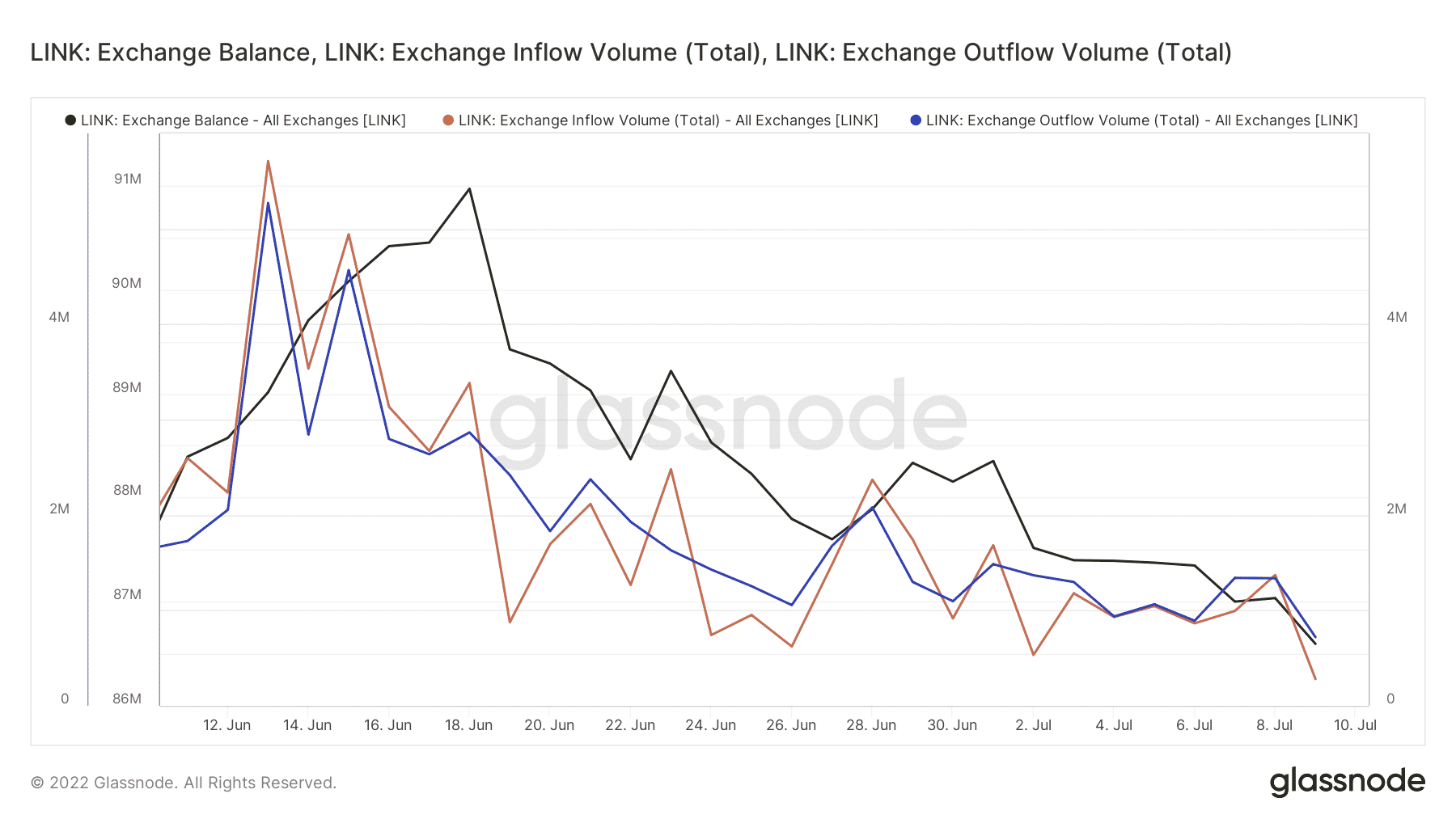 LINK’s supply distribution by the balance of addresses on Santiment revealed that whales have been divided in the last few weeks. Addresses holding more than 10 million LINK slashed their holdings from 60.84% to 55.38% between 27 and 28 June.

These supply distribution metrics suggest reduced activity and more steady balances. These are also evidence of reduced exchange flows. This means LINK’s price action might extend its inactivity a while longer until investor confidence returns.