Logan Paul seems to be drawn to controversy like a moth to a flame.

One of the biggest internet influencers of current times, Logan Paul simply cannot stay away from the headlines. Weeks after his heavily-hyped exhibition boxing match with the undefeated Floyd Mayweather, Logan Paul is once again in the news. This time, he has allegedly promoted a cryptocurrency scam called Dink Doink coins.

Logan Paul shared a post about Dink Doink coin, promoting the newly launched cryptocurrency on his Twitter and calling it the “dumbest, most ridiculous sh*tcoin” he has ever seen.

Logan Paul, a known cryptocurrency enthusiast, later released a video supporting the altcoin as well, claiming that several of his celebrity friends are also investing in it. The video was shared by a Twitter account who called him out for pulling a scam on his followers.

Do not buy this shit, these influencers are scum of the earth, they are literally stealing money out of your pockets for a quick $$$ to add to their endless pool of wealth, if you’re a YouTuber promoting this crap you should be ashamed of yourself.

‘The Maverick’ also talked about it on his podcast Impaulsive along with George Janko and Mike Majlak, who promoted the coin in a video of his own, calling it the “hottest f***ing coin ever”:

“It’s a crypto meme coin and it’s f***ing hilarious. It’s the dumbest, cutest sh*t I have ever seen and if you know about crypto, most sh*t coins don’t have any utility. So people have to lean into how f***ing dumb this shit is and people love it! It’s just fun and it’s cartoons in South Park-style. I’m a Dink Doink fan. It’s the dumbest sh*t I have ever seen and that’s why I’m all in,” Logan Paul said on Impaulsive.

YouTuber Coffeezilla, who has posted a number of expository videos on crypto scammers recently, called out Logan Paul in one of his newest videos. He alleges that the older Paul brother has not just stumbled upon this crypto coin, but he is behind its creation as well.

In his video, Coffeezilla included a comment from who he claims to be the Dink Doink CEO, where the latter says that it is Logan Paul who helped come up with the name and design of the altcoin:

“We might as well be honest about how this came about. I was chilling with Logan and we were like, what’s the most stupidest name we can think of for a coin? Dink Doink… and it just came alive. Logan designed the character on his phone, on Snapchat.”

Watch the video below: 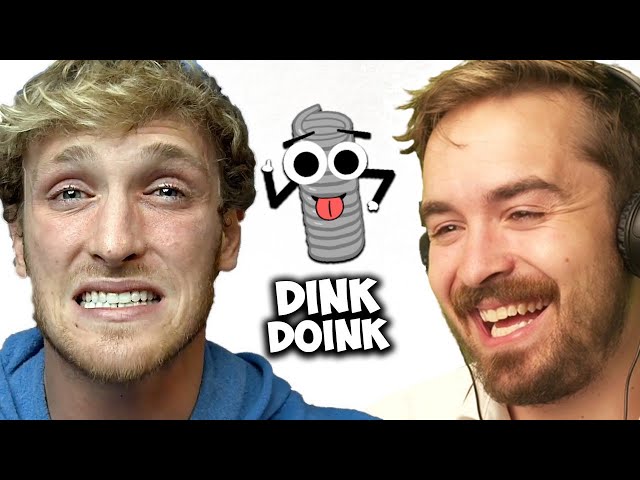 Coffeezilla also shared Mike Majlak’s promotion on Twitter and pointed out that 80% of Dink Doink is owned by the top 100 wallets.

Logan Paul was also recently accused by another YouTuber of faking his infamous Suicide Forest video in Japan.

What is Dink Doink coin?

Dink Doink is a South Park-themed cartoon-based cryptocurrency that releases frequent animated videos and “aims to be the first ever decentralized media franchise, where token holders receive an NFT for every episode that drops,” according to their website.

The maximum supply of Dink Doink coin is 10 quadrillion with a market cap of $1,664,943. Each Dink Doink transaction triggers a 10% fee, 5% of which is redistributed to all the current holders in proportion to their holdings. The other 5% is staked in PancakeSwap’s Liquidity Pool.

Logan Paul is not only supporting the altcoin but has also voiced his own character in Dink Doink episodes.