Crypto Exchange Grades Updated & DEXs Receive First Ranking
Bitstamp, Coinbase, and Gemini have received the highest scores in the latest Exchange Benchmark. However, Bitstamp was the only exchange to receive an AA CryptoCompare Grade after Coinbase and Gemini failed to meet all required thresholds, thus receiving an A rating.

Uniswap v3 has received the highest score in our first DEX Benchmark and is the only DEX eligible for an A rating. Curve, Balancer, SushiSwap and dYdX also scored highly, achieving BB ratings.

DEX Market Share Limited Despite Uniswap Gaining Ground
When looking at the Average Daily Volumes (ADV) of AA, A, and BB ranked CEXs and DEXs, it is clear that DEX market share is still limited.

Uniswap, the highest ranked and most active DEX, averages $1.32bn in daily volume, ranking 8th when compared to the entire AA-BB exchange universe. dYdX, PancakeSwap, and Curve are the other three DEXs with a BB rating or higher – they sit at 11th, 16th, and 17th with an ADV of $1.04bn, $420mn and $352mn respectively. 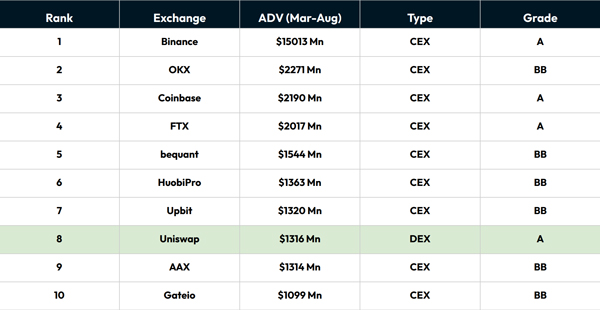 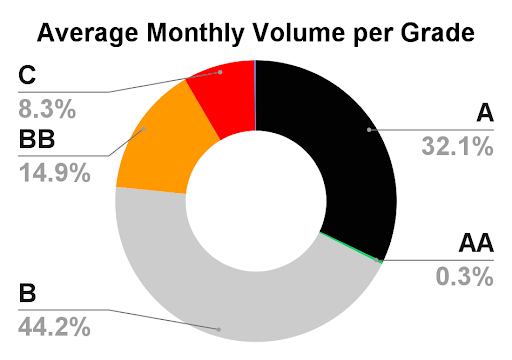