LUNA Classic price continued to slide lower over the weekend but things seem to be turning around this week. As the new week’s Asian session kick-starts, investors can expect a minor rally that will provide a better entry for the ongoing bearish move.

LUNA Classic price created a head-and-shoulders setup between September 26 and October 10. However, the selling pressure on October 10 resulted in a break down, kick-starting a 50% move to the downside.

The head-and-shoulders setup forecasts a 50% downswing, determined by measuring the distance between the head’s peak and the valley that follows. Adding this measure to the breakout point at $0.000290 shows that the target is $0.000220.

Bitcoin price shows clear consolidation over the weekend with no volatility. However, with the Asian session waking up, things might start to get a little dicey as BTC lingers after a bearish move.

Bitcoin price action between September 13 and October 10 created a bear flag, which is a bearish continuation pattern. However, on October 10, the bears won the month-long struggle and sliced through the said pattern, creating a daily candlestick close below the pattern.

This bearish move, combined with the Consumer Price Index (CPI) announcement on October 13, knocked Bitcoin price down by 7.7% to $17,917. However, the recovery was quick, which pushed BTC up to close the day on a bullish note. 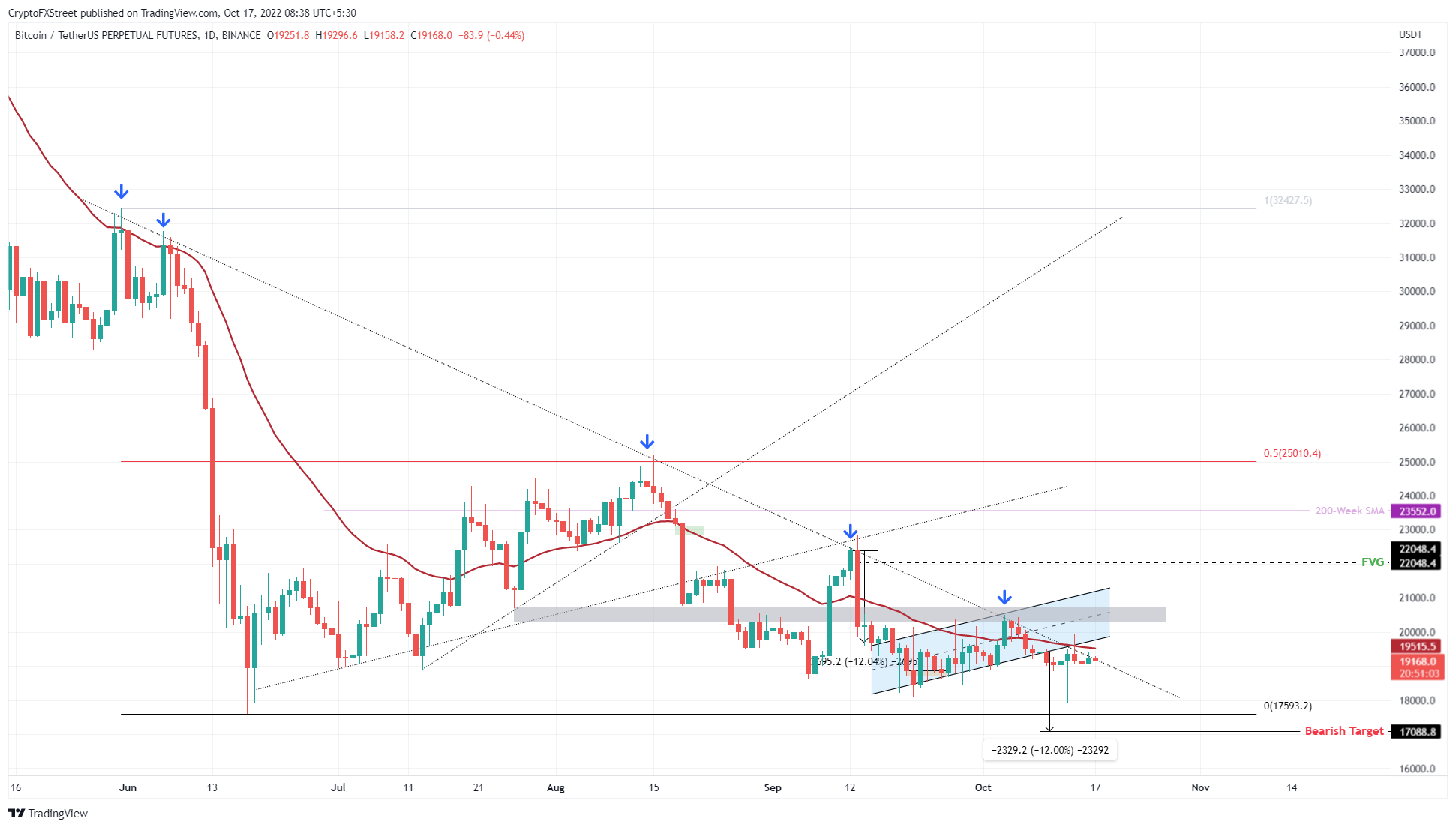 Shiba Inu ecosystem’s collectable card game, Shiba Eternity, received a 4.9 out of 5 rating from users. This puts the game in the list of top games on the play store. Analysts retain their bullish outlook on Shiba Inu.

Shiba Inu’s collectable card game was launched worldwide on October 6. Since then, the game has had over 100,000 downloads and received a rating of 4.9 across 11,500 reviews on the Android play store.

Shiba Inu has become one of the most popular meme coins and it recently added over 100,000 new SHIB holders. The game allows users to choose among 10,000 Shiboshi heroes, and 500 collectable cards, among other things. Proponents believe the popularity of Shiba Eternity will likely drive the adoption of SHIB.